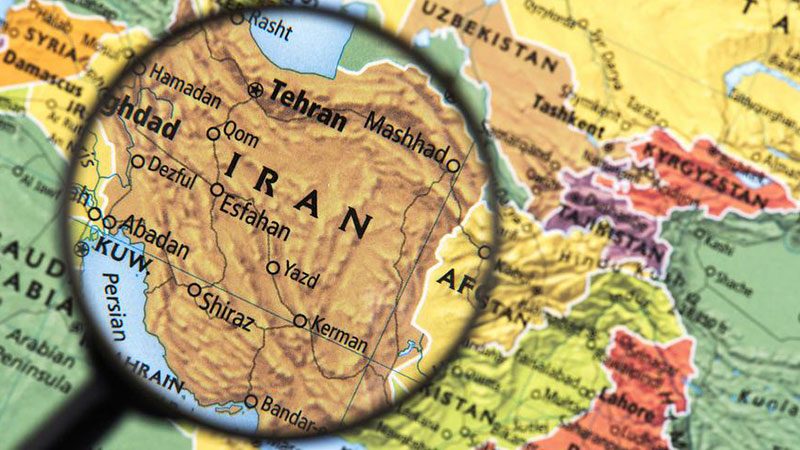 “The number of foreign nationals traveling to Iran to receive medical care has increased tenfold over the past decade to reach 300,000 annually,” ISNA quoted the official as saying.

Noting that the main sources of health tourists to Iran are Iraq, Afghanistan, Azerbaijan and Pakistan, Harirchi said Iran has set its sights on becoming the region’s medical tourism hub, Financial Tribune reported.

“The population of ECO member states and other neighboring countries willing to receive health services stands at over 500 million. The 20-Year Vision Plan (2005-25) has envisioned 20 million tourists for Iran annually. Health tourism should account for a significant fraction of visitors to Iran,” he said.

About 7.8 million tourists traveled to Iran in the last fiscal year (ended March 20, 2019) to register a 52.5% growth compared with the preceding year, the deputy head of Iran’s Cultural Heritage, Handcrafts and Tourism Organization said.

“A majority of foreign travelers visiting Iran last year were from neighboring countries as well as European and American countries,” Vali Teymouri was also quoted as saying by IRNA.

According to Ali Asghar Mounesan, the head of Iran’s Cultural Heritage, Handicraft and Tourism Organization, the lower costs of Iran travel packages is a key factor in making the country more attractive to foreigners.

In recent months, Iranian authorities have redoubled efforts to boost the tourism sector to increase foreign currency revenues and create jobs under the declining economic conditions.

The decline in national currency last year has made travelling to and shopping in Iran cheaper for foreign nationals.

“The development of tourism infrastructure, considerable volume of investments in the tourism sector along with the issuance of electronic visa and visa waiver for target countries could be named as the main reasons for the growth in the number of foreign travelers,” Mounesan said.

About 150 domestic and foreign guests from eight countries are attending the health tourism event (June 18-20) hosted in the northwestern province of Ardabil. The international event is aimed at introducing economic and tourism capacities of Ardabil and other Iranian cities.

Secretary-General of ECO’s Iranian National Committee Mohammad Reza Karbasi told reporters that the Ardabil conference is a good opportunity to introduce Iran’s tourism capacities and attractions to the world.

Nedaei noted that Azerbaijani citizens accounted for most of the tourists visiting Ardabil.

Azerbaijanis visit the province mainly for medical treatment, trade and sightseeing, he added.

The southwestern Shiraz metropolis, capital of the Fars Province, is already one of Iran’s top tourist destinations, but it is increasingly focusing on health and medical tourism as a major revenue stream.

The city has managed to attract a growing number of visitors, both local and foreign, looking to use its health tourism facilities. Foreign tourists are expected to find the city more attractive since its services have become cheaper due to the significant devaluation of rial in recent months as a result of reimposed US sanctions.

According to Abdolkhaleq Keshavarzi, the deputy head of Shiraz University of Medical Sciences, a majority of foreign tourists visit Fars Province for eye, plastic and other specialized surgeries offered at local hospitals.

He told Mehr News Agency that most visitors come from Oman, Iraq and Qatar while some were British and Swedish nationals.

“European health and medical tourists prefer the province, especially since a majority of private hospitals in Shiraz have been given national permits to attract health tourists,” he said.

Keshavarzi also announced that representatives from Oman have signed a contract with the Shiraz University of Medical Sciences to establish a specialized clinic. Omani investors will provide 50% of the required capital and the university would account for the rest.

“Specialists will be sent from Shiraz to visit patients, but surgeries will be conducted in state-run and specialized hospitals of Shiraz,” he said.

He added that the province is planning to offer incentives to attract more patients from Tajikistan and Iraq, without elaborating further.

“There is vast potential in the area of medical tourism in Fars Province, so health tourism is always a special focus,” Mosayeb Amiri, director general of Fars Tourism Organization, told Mehr News Agency, adding that the focus has only been accentuated in the current year.

Based on a directive approved by the Cabinet last year, Iran has waived the need to obtain visas for Omani residents. The move was in recognition of recent facilities extended by the Omani government to Iran and toward boosting the country’s health and medical tourism sector.

Parliamentarians from Shiraz are also following up efforts to boost their city’s health and medical tourism sector. One of them announced that measures are underway to establish a health city in the metropolis.

“A health city will soon be established in the western part of Shiraz,” Shiraz MP Ali Akbari said. “The land has already been bought but some issues remain, which will be alleviated soon.”

“The facilities will only add to the city’s cultural, historical and religious attractions,” the MP said.

“When countries are sanctioned, the best way for a dynamic economy is to attract tourists as a crucial way of earning revenues and creating jobs.”

Health and medical tourism is expected to play a notable role in expanding Iran’s tourism sector, which is being increasingly focused on in the face of reimposed US sanctions.

Share This
Why Medical Tourism to Iran?
Health village serves as catalyst for development